Here I am at the end of my 7th week eating a vegan diet and I have no plans to turn back any time soon. People ask me do I feel changes, and the answer is yes – physically and mentally. I don’t feel bloated and heavy all the time anymore, the itis (food coma) is rare, and I have unintentionally lost a little weight. Mentally, I feel strong and disciplined. I have control over what I eat; food doesn’t control me. I honestly continue to surprise myself. I was skeptical on day one, but here I am 7 weeks later still going strong. And NO, I am not starving.

From my understanding, vegetarianism is the elimination of meat from ones diet. Veganism on the other hand is a lifestyle and/or a diet. Some people adopt a solely vegan diet meaning they eat plant based foods. Essentially, they eliminate all animal products from their diet. In simple terms, it’s like begin a vegetarian expect in addition to meat, you also eliminate dairy and eggs. People who live a vegan lifestyle do not consume or utilize any animal products. Many soaps, articles of clothing and other items are made from animals, too. Individuals who adopt this lifestyle deserve an applaud for being cruelty free, helping to save the environment and not limiting it to what they eat. At this point in time, I have only adopted a plant-based diet.

Why Did I Go Vegan:

Yes, I watched What the Health on Netflix and it got to me. It’s not that this was the first time the information was presented to me, I just think it’s because it was presented to me at a time in my life where I’m old enough to make my own decisions regarding my health and I’m also in a place where I’m thinking about the future quite a bit. This isn’t just for me. This is for my kids and my kids’ kids. I’d love to live long enough to watch my great grandchildren grow up. And even if I’m not, at least I know I instilled good eating habits into my kids that they can pass along to future generations.

I chose vegan over vegetarian because dairy is what leaves me feeling bloated every day. I am self-diagnosed lactose intolerant and do not care. I LOVE cheese and milk and both were pretty much daily ingredients for me. Unfortunately, that lifestyle had negative implications. Walking around bloated and gassy isn’t the most fun. Additionally, I’ve been trying to get flat abs forever. I’d exercise consistently but could never get my diet right. I’ve been told that abs are 90% what you eat. For me, consuming large amounts of dairy and trying to get abs just aren’t compatible…maybe if I at least ate more vegetables than unhealthy foods…

That leads me to my next reason for going vegan: I wanted to be healthy. I have been trying to eat better for so long, but it’s hard when there is so much processed, sugary, fatty stuff around. My household eats fried chicken, pizza and fried fish multiple times a week and I would mostly eat with them instead of spend my own money on food. We weren’t getting daily veggies – at all – and my grandma loves sweets. I know that being vegan doesn’t necessarily mean I’ll be healthy (you can be vegan and unhealthy), but I’ve been making a conscious effort to be a healthy vegan. When I went vegan, I didn’t have a choice but to buy my own foods and now I have a reason to deny the pizza and chicken that they buy. In addition, I now get my daily intake of vegetables because I just might starve if I don’t.

Finally, this wasn’t a reason that I went vegan, but I hear it’s a benefit: my hair will grow and my skin will glow! I just stepped into my 3rd year as a natural hair queen. My hair has been flourishing, but oh how I love things that can add to its enhancement. I don’t know which vitamin helps in the growth process, but now that I’m getting veggies daily and taking a B12 supplement, I’m excited to see the effect!

What Do I Eat?

I eat…. a ton of Pinterest recipes. I have been trying a new recipe or two every week. I’ve had a mix of those recipes, my moms home-made creations, and even restaurant foods. I’ve tried a mushroom strognoff, sun-dried tomato creamy pasta, black bean burritos, cheeseless pizza, pizza with daiya cheese, fake hot dogs and veggie burgers, chickpea salad sandwiches, meatless chili, thai noodles, homemade peanut butter chocolate banana ice cream and so much more. I love peanut butter and jelly sandwiches, and never realized how useful and versatile chickpeas could be. I drink almond milk and even if I were to go back to eating everything, I’d probably keep the almond milk substitution. I love sweet potatoes, and mushrooms and spinach have become weekly staples. I could have sworn I didn’t like hummus, but now I’m obsessed with roasted red pepper hummus. I have always eaten a ton of fruit. I eat many whole grain pasta dishes but haven’t quite mastered (or tried) any rice dishes. Most mornings I eat oatmeal with flax seed and agave, but I’ve also made Bisquick pancakes with almond milk and no egg…still great! The most important thing I eat that I have to share is Dairy-free, Brownie-Fudge ice cream by Ben & Jerry’s 🙂 That ice cream was absolutely amazing and although it’s unhealthy, I deserve to cheat sometimes (while still being vegan).

As you can see I eat plenty, and the list goes on. I don’t feel guilty after I eat (unless I eat a ton of pizza or processed food) because most of it is pretty decent for you and I’m doing far better than I was before the transition. I think there is a misconception that you can’t eat anything when you’re vegan, but the truth is there are so many options. This has required me to step out of my comfort zone and try new foods, but I’m just expanding the possibilities. I’m also learning to cook (and season) in the process. Most restaurants even carry dishes that can be considered vegan even if they don’t necessarily label it as vegan. I’ve gone out to breakfast, lunch and dinner since being vegan and though it is definitely harder to hold it together, there are still options on the menu even if it’s just a few.

No, but I would say I’m around 95% if I had to quantify it. At first I was aiming to be fully vegan unless I made a mistake out of ignorance. For instance, I ate a veggie burger under the impression that because it was a “veggie” burger, it was automatically vegan. Nope, it contained milk and egg. About 3 weeks in I realized I didn’t like how discouraged I felt when thinking about things such as whether or not restaurants cook using butter or what type of bread I can buy that doesn’t contain milk. Instead of stressing the details, I decided to focus on the purpose of this change. My goal was to be more healthy via eliminating much of the bad stuff and adding more good stuff, and thus far I have been successful. I still eat bread, but I pay for one with a bunch of grains and less ingredients. If I’m at work and my boss offers me a cressant, I’ll eat it. If my dad makes pancakes or my grandma makes corn bread, I will turn them down. If the chef asks me do I care if he cooked with butter or not, well….I’m not going to have him re-cook it. To each their own.

This transition has not been nearly as hard as I thought it would (check out my top 5 tips here). On August 25, I was eating meatballs and cheese squares. On August 26, I went cold turkey. I have not had a single drop of meat or cheese since and I am proud of myself. I’m that person who takes a while in the store sometimes because I’m reading ingredients, but here in week 7, I was by far faster and more confident than I was in week 1. I sometimes get discouraged when people don’t like something new I’m trying, but then I lay down and remind myself of why I’m doing it and how far I’ve come. Some meals have been better than others. Some days I’ve felt mentally stronger than others. There have been times where I considered being vegetarian just so I can eat cheese or some cajun alfredo. But then I remind myself. Giving up meat was the easy part for me. Vegan is a whole new level of challenge. I had a day where I tried to make a veggie burger using a flax egg and my burgers fell apart. In creeps discouragement again – but then I remind myself.

Overall, this has been a process like no other, in a good way. I love a challenge, and it has been a long time since I’ve felt this sort of challenge. It’s good to know I do indeed still have self control. This has been testing my endurance, but it’s proof that we are often stronger than we think. This has also been a lesson that no temptation is greater than we can bare (1 Corinthians 10:12-13). Don’t even get me started on the time when my grandma made a banana pudding – which is my favorite dessert – and I had to say no. I set a standard for myself and I’ve been sticking to it. There is always a way out of the tempting situation. Just leave the kitchen and close the door behind you. No looking back. There are greater things ahead. 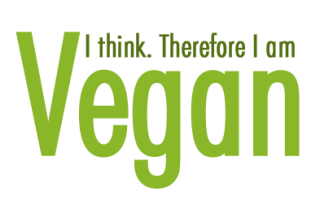 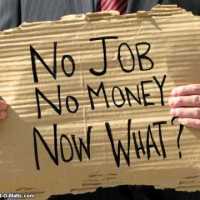 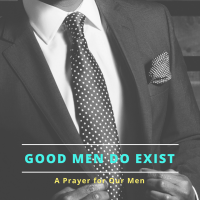 The Woman Behind Somewhere Struggling